Pure ancient Freemasonry, which is composed of Craft Masonry and Royal Arch Masonry, presents the inquiring mind with an inspirational framework for life. Through the lessons presented in the Craft ceremonies, a Freemason is called upon to improve his relationship with his fellows, his mind and himself. The Craft can be viewed as the sure foundation on which Freemasonry is based.

The Royal Arch takes matters further and can be seen to be the superstructure that makes all that is presented to the candidate complete and perfect.

The ceremony in the Royal Arch is colourful, thought provoking and uplifting. It is based on the legend of the rebuilding of King Solomons Temple and invokes simultaneously sensations of humility and our dependence on our unseen Creator.

Only by taking the fourth and ultimate step in Masonry by joining the Royal Arch can a Craft Freemason become complete. For a Freemason to take only the three Craft degrees and not join the Royal Arch means his Masonry?might be compared with the experience of the man who goes to watch play of Agatha Christies Mousetrap but leaves ten minutes before the end. In the latter instance he can say he has been to the Mousetrap but he doesnt know it was all about ? in the former he can say he is a Freemason but he is missing that piece of the jigsaw that would render him complete.

The history and origin of the Royal Arch is, like several other aspects of Freemasonry, delightfully obscure. During the decades in the 18th century when there were two rival Grand Lodges, the Ancients were far more enthusiastic about and committed to promoting the Royal Arch than were the Moderns. When the two Grand Lodges came together in 1813, there was a certain amount of compromise and fudging from which emerged the contention that the Royal Arch was the completion of the Third Degree. This in turn made interpretation of the meaning of the Royal Arch difficult.

Revisions made in 2004 have made the ceremony of the Royal Arch much more clear and meaningful. Craft Masons are encouraged to find out more about the Royal Arch by asking Brethren in their own Lodges who are wearing their Royal Arch jewels.

Find out more about the Royal Arch in Chorley. 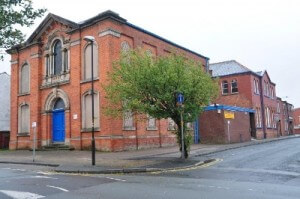